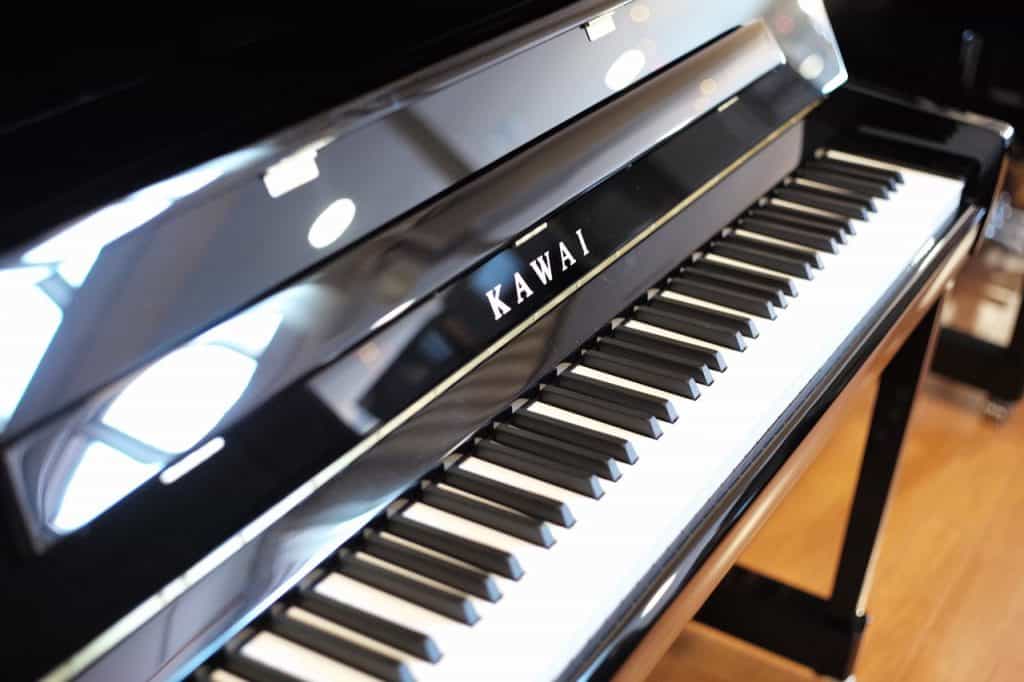 With the holiday season rapidly approaching, more and more people are wondering whether the Kawai K-300 is any good. The short answer? Yes! The Kawai K-300 remains to be one of our most popular pianos and there’s several reasons why:

A product of the trusted Kawai brand

Kawai was founded in Hamamatsu, Japan in 1927 and the company produced its first grand piano one year later. Kawai has since produced a range of other products including upright pianos, and digital pianos and has become a major name in the piano industry.

Kawai is renowned for its outstanding quality of craftsmanship, tone and touch, and the company has received more than 50 major international awards for product and service excellence to date. Their pianos continue to be the top choice of professional pianists, students, teachers and home-players around the globe.

The Kawai K-300 upright piano (122cm in height, 149cm in width and 61cm in depth) builds upon the success of its award-winning predecessor, the K-3, that was named MMR Magazine’s “Acoustic Piano of the Year” for four consecutive years.

Made in Japan, to the highest possible standards

The Kawai K-300, like many of Kawai’s other K Series Professional Upright Pianos, is expertly crafted in the Ryuyo Piano Factory in Japan.

The Ryuyo Piano Factory is known for using highly sophisticated piano-building tools and being staffed by extremely knowledgeable and experienced piano personnel.

And as an expression of confidence in the reliability and quality of their instruments, Kawai offers a 12-year manufacturer’s warranty in Australia.

And most importantly, it sounds exquisite

The Kawai K-300 upright piano projects a rich, musically pleasing tone through its tapered solid spruce soundboard that offers a wide dynamic range from impressive fortissimos to the most sensitive and delicate pianissimos that pianists will adore.

If you have any questions or would like some further information on the K-300 or other Kawai Pianos that we stock, come into Snadens Pianos at 161 Stirling Highway in Nedlands or contact us on 08 9386 7955. We’re always happy to help!